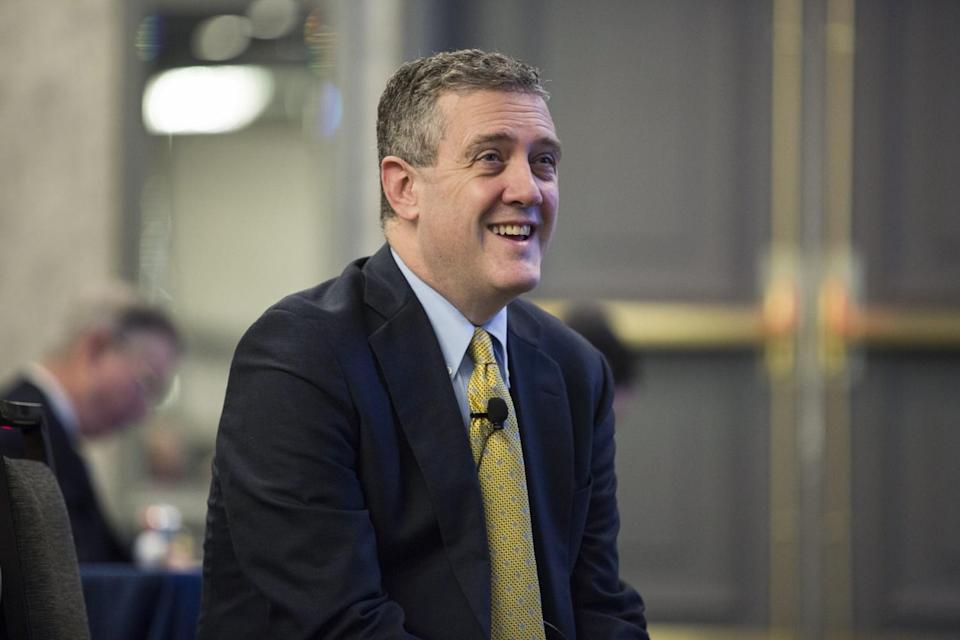 According to James Bullard, President of Federal Reserve Bank of St. Louis, the U.S. is ready to gradually unwind its liquidity-boosting bond buying program that was launched one year ago.

‘I think that with the economy growing by 7% and [coronavirus] panademic under better and more control, I think it is time to pull back emergency actions,’ Bullard said in an interview Monday to The Wall Street Journal, adding that continuing purchases could lead overheating of the housing market. He said that he was concerned about the possibility of a housing bubble.

Since March 2020, when financial markets crashed due to fears of a coronavirus-induced depression, the Federal Reserve has been purchasing bonds in excess of $120 billion per month. This unprecedented stimulus led to risk-taking in all parts of the global financial markets, including Bitcoin. From October 2020 to April 2021, the leading cryptocurrency saw a sixfold increase to more than $60,000

Accordingly, taper talk is considered bearish for cryptocurrency. However, bitcoin continues to trade at a low level near $33,200 despite Bullard’s comments.

In recent weeks, the policymaker made similar comments that suggested the impending unwinding stimulus might not be on autopilot as the taper exercise in 2014.

The policymaker admitted his bias for tapering on Monday but assured that the central banks would be more careful in reducing stimulus. We want to do it slowly and carefully, but we are in a good place to begin a taper. Bullard stated that while I do not need to start tomorrow, I believe we are in a very good position for this once the collective membership (rate-setting Federal Open Market Committee) is ready to act.

Markets were surprised last month when the Fed unexpectedly moved the date for the first interest rate increase to 2023. Although the Fed has stated that inflation is temporary, economists surveyed last month by WSJ believe prices will remain high for a while.

On Tuesday, the U.S. consumer price indic (CPI) for June will be published. According to FXStreet , the data will show that the cost of living increased 4.9% in June compared to May’s 5% increase. Expectations may be boosted, which could increase liquidity-addicted financial market pressures.